Cass R. Sunstein is currently the Robert Walmsley University Professor at Harvard. He is the founder and director of the Program on Behavioral Economics and Public Policy at Harvard Law School. In 2018, he received the Holberg Prize from the government of Norway, sometimes described as the equivalent of the Nobel Prize for law and the humanities. In 2020, the World Health Organization appointed him as Chair of its technical advisory group on Behavioural Insights and Sciences for Health. From 2009 to 2012, he was Administrator of the White House Office of Information and Regulatory Affairs, and after that, he served on the President’s Review Board on Intelligence and Communications Technologies and on the Pentagon’s Defense Innovation Board. Mr. Sunstein has testified before congressional committees on many subjects, and he has advised officials at the United Nations, the European Commission, the World Bank, and many nations on issues of law and public policy. He serves as an adviser to the Behavioural Insights Team in the United Kingdom.

Gwen Cunningham “Something old, something borrowed: the rise of resale and rental in apparel”.

Gwen Cunningham leads Circle Economy’s Textiles Programme and is the Sustainability Coordinator at the Amsterdam Fashion Institute. In both roles, her focus is in the design and execution of cutting edge initiatives focused on increasing the circularity acumen of brands, educators and students. Gwen’s passion lies in developing new knowledge, tools and processes that can successfully guide organisations and individuals in transforming circular intent to action.

Gwen was born in Ireland, and trained as an apparel designer in her home town of Dublin. In her role as designer, Gwen became critically aware of, and increasingly uncomfortable with, the linear nature of the apparel industry. A drive to inspire change – and to design new systems, not new products- led her to Amsterdam and to Circle Economy and the Amsterdam Fashion Institute.

In her dual role as Lead for the Textiles Programme at Circle Economy and Sustainability Coordinator and Lecturer at the Amsterdam Fashion Institute, Gwen’s mission is to build the circular skillset and mindset of the current and next generation of fashion professionals, by equipping them with the new knowledge, tools and processes that can successfully transform circular intent to action.

The Circle Textiles Program was launched in 2014 as the first sector programme within Circle Economy. Since founding, its singular mission is to achieve a zero waste textiles industry, through the practical implementation of circular solutions, together with our network of brands and solution providers.

Recent and ongoing projects include the development and commercialization of the Fibersort (a breakthrough technology that automatically sorts post-consumer textiles by fibre composition, in order to generate consistent input for textile-to-textile recycling), the launch of On Course (an educational circular training programme for apparel brands) and Switching Gear (a project that guides 5 apparel brands in the design and launch of a rental or recommerce business model pilots).

Adam Minter “Thrift Store Planet: Travels in the Circular Economy We Already Have”.

Adam Minter is a columnist at Bloomberg Opinion where he writes about interests that range from food to waste, East Asia to lunar exploration. He is the author of Junkyard Planet: Travels in the Billion-Dollar Trash Trade, a critically-acclaimed insider’s account of the hidden world of globalized recycling, and Secondhand: Travels in the New Global Garage Sale, a best-selling exploration of globalized consumption and thrift.

Adam has covered the global recycling industry for almost two decades. In 2002, he began a series of groundbreaking investigative pieces on China’s emerging recycling industries for Scrap and Recycling International. He is a sought-after expert on the international trade in recyclables and secondhand, and he regularly speaks to groups around the world about his travels and explorations of the afterlives of stuff. 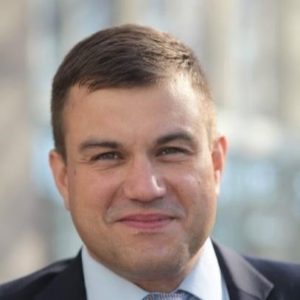 Mr Malgaj is coordinating work of European Commission’s departments for environment, for energy and for growth on Sustainable Products Initiative undertaken. The aim of the initiative is to help make products sold in the EU markets fit for a climate-neutral, resource-efficient and circular economy, and ensure that the performance of front-runners in sustainability progressively becomes the norm.

He has over 21 years of experience in European affairs. Previously he served in various leadership and advisory roles in the European Commission, including as a Head of Cabinet of Commissioner for Environment when he helped steer the environment policy including the first EU’s resource efficiency and circular economy initiatives and the work on Sustainable Development Goals. He was also Head of Cabinet of Commissioner for Crisis Management and Head of Unit for Marine environment and Water industry policies.  Between 1999 and 2004 he worked for the Government of Slovenia on country’s accession to the European Union and the European Economic Area.

Mr Malgaj has a degree in law. He studied at Central European University in Budapest (HU), UC Berkeley (US), University of Amsterdam (NL) and University of Ljubljana (SI).